Al Jazeera Arabic channel will broadcast on Sunday 29/10/2017 a film entitled "The Balfour Declaration" marking one century after British foreign secretary Arthur Balfour wrote a letter to the first Jewish peer in England Lord Lionel Walter Rothschild. This letter, which later became known as “The Balfour Declaration”, which had led to the creation of the state of Israel.

The film was produced and filmed in six countries: Britain, the United States, France, Italy, Jordan and Palestine. It was produced by Noon Films for Al Jazeera Media Network.

The film was directed by Mohammed Salameh. The drama scenes were directed by Rick Platt and executive producer Mohammed Alsaedi.

The film contains a number of documents from several sources obtained by our research team under the supervision of senior researcher Hany Bishr, specifically the British and Scottish archives in addition to the special diaries of the most important characters of the film. These documents include the first drafts of the Balfour Declaration, as well as the most important meetings that led to the declaration, including formal and informal governmental meetings.

It also shows some classified information from the Scottish archives that clarify what exactly the British Government meant by issuing this declaration, as well as some quotations of Chaim Weizman.

The film also includes dramatic reconstruction to some of the breakthrough events that took place during the issuing of the Balfour declaration, based on the available documents and relying on the testimonies of historians that were hosted in the film. 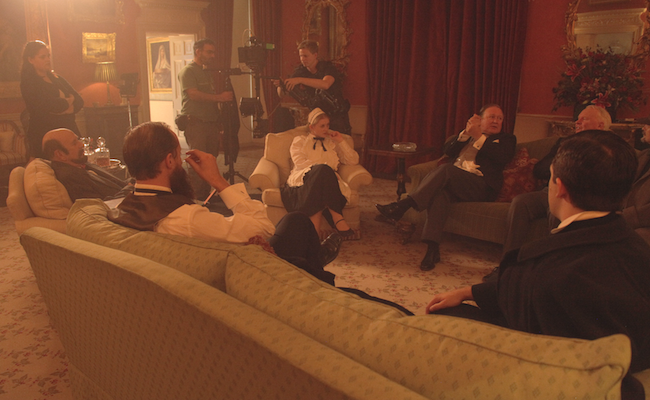